The recent and sudden approach of wintery conditions has led to a surge in demand for pest control products, says Liam Gavin, of PestClear. “When outside temperatures fall to an average of under 10 degrees, mice start to look for shelter inside houses, and once frosts set in, they totally abandon the idea of living outside”, he explains.

Things really start to happen when nighttime temperature falls below 5 degrees, according to Liam Gavin. “At 5 degrees, mice become very uncomfortable, and they start to head for nice warm houses. And for every degree that the temperature at night drops below this point, our sales go up by about 5% within a week. When night temperatures are around 5 degrees, some mice will head indoors, but at zero degrees, the numbers will be 25% higher, and this is reflected in sales about a week later, once people realise they have been invaded.”

This typically happens in October and early November, but this year, the weather has been unusually warm and wet. This respite from cold conditions allows more mice to survive, and Mr. Gavin predicts major infestations right through to March or even April.

Areas that have been subject to flooding have even more problems, and there have been several media reports of major rat infestations in houses that have been flooded. Liam Gavin explains. “It is estimated that there are upwards of 4 million rats in Ireland. Most of these live in sewers, drains, and around rivers and streams. The old cliche that you are never more than 6 feet from a rat is not accurate, but the flooding has driven up to 50% of river rats out of their homes, and the first place they will head for is the nearest house.”

His advice is simple. Keep wheelie bins closed, and leave no rubbish outside in plastic bags. Keep windows and doors shut (easy to think of in winter), and install PestClear repellers to send the mice and rats back outside if they get into the house. 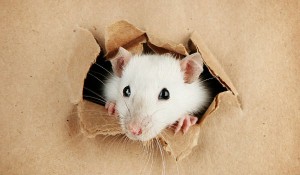